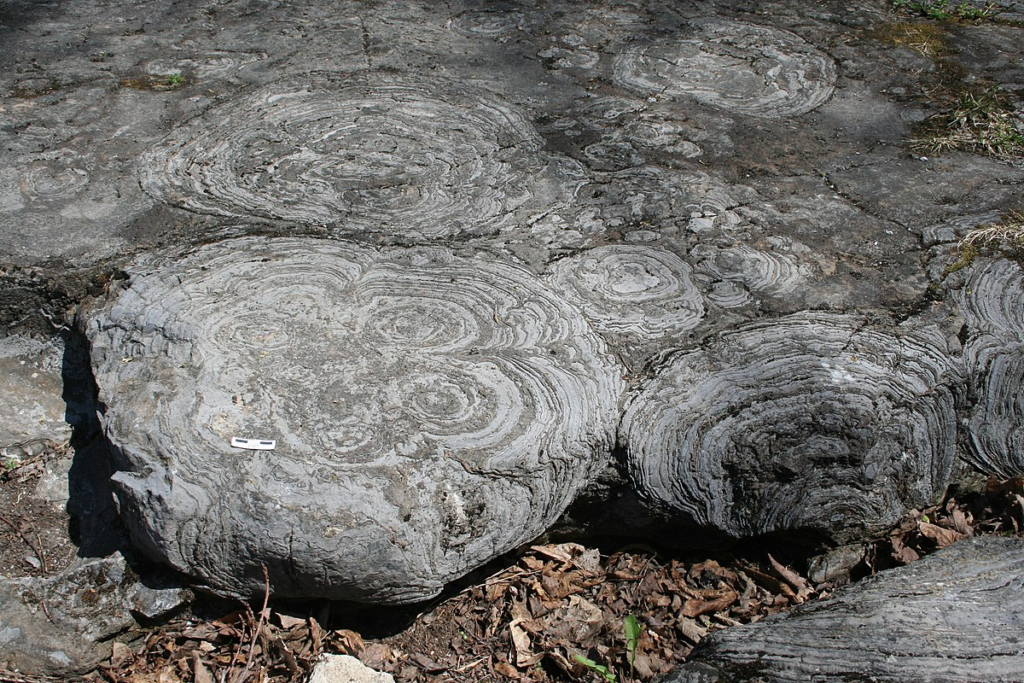 Stromatolites are an important geological feature for tracking the earliest life on Earth. These sedimentary structures first appeared in the geological record ~3.5 billion years ago and have historically been used as a biosignature for life, often with some controversy (Grotzinger and Knoll, 1999). Stromatolites are loosely defined as laminated accretionary structures formed from the trapping and binding of sediment by microbial mats – picture green scum coating the seafloor and accreting wrinkled mounds of material. Huge numbers of single-celled photosynthesising organisms worked together like this for over a billion years before more complex life evolved. Upon being buried and lithified, evidence for these ‘microbial mats’ can be preserved for billions of years. 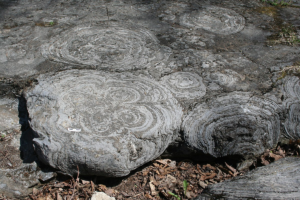 Carbonate stromatolites (Cambrian) near Saratoga Springs, New York. The wrinkly columnar structures can be seen from the top and the side – are these biological structures?

If all stromatolites were formed exclusively by microbial mats, astrobiology would be easy. The columnar structures – which can be up to 10 metres in diameter – would be a large signpost for single-celled microorganisms which are much harder to spot in rocks. However, wrinkly stromatolite mounds can also be formed by physical processes (like ocean waves moving sediment) and chemical reactions. Such methods independent of cellular life form ‘abiotic’ stromatolites – lookalikes which cannot be used as signatures for ancient life. Historically, researchers have relied on understanding the past environment stromatolites are found within to prove their origin (Allwood et al., 2007) – if they were deposited in warm shallow sea environments, it’s likely they were formed from green slime.

A recent paper I wrote along with Dr Dominic Papineau (Goodwin and Papineau, 2022) looks at microscopic biosignatures within stromatolites. We wanted to reduce the ambiguity of determining whether carbonate stromatolites are biological in origin or not. This has important implications for the search for life on other planets. Small outcrops of carbonates are known to exist on Mars (Ehlmann et al., 2008) and spotting stromatolites in this rock type would be easily achievable with robotic rovers, before verifying such structures with microscopic evidence.  In our paper, we identify three major kinds of microscopic biosignatures: (1) primary microbial sedimentary textures – the wrinkly stromatolite structures themselves; (2) diagenetic organomineral assemblages – which are minerals formed from the reaction of organics left over from dead cells; and (3) stable isotope compositions – which record the preference of life for certain materials.

The hope is that by calibrating the above criteria, these can be used on a case-by-case basis to understand if stromatolites were formed from sticky algae binding sediment, or are just lookalike structures. Especially if wrinkly carbonates are found on Mars, we need tools to verify they’re life before getting too excited. 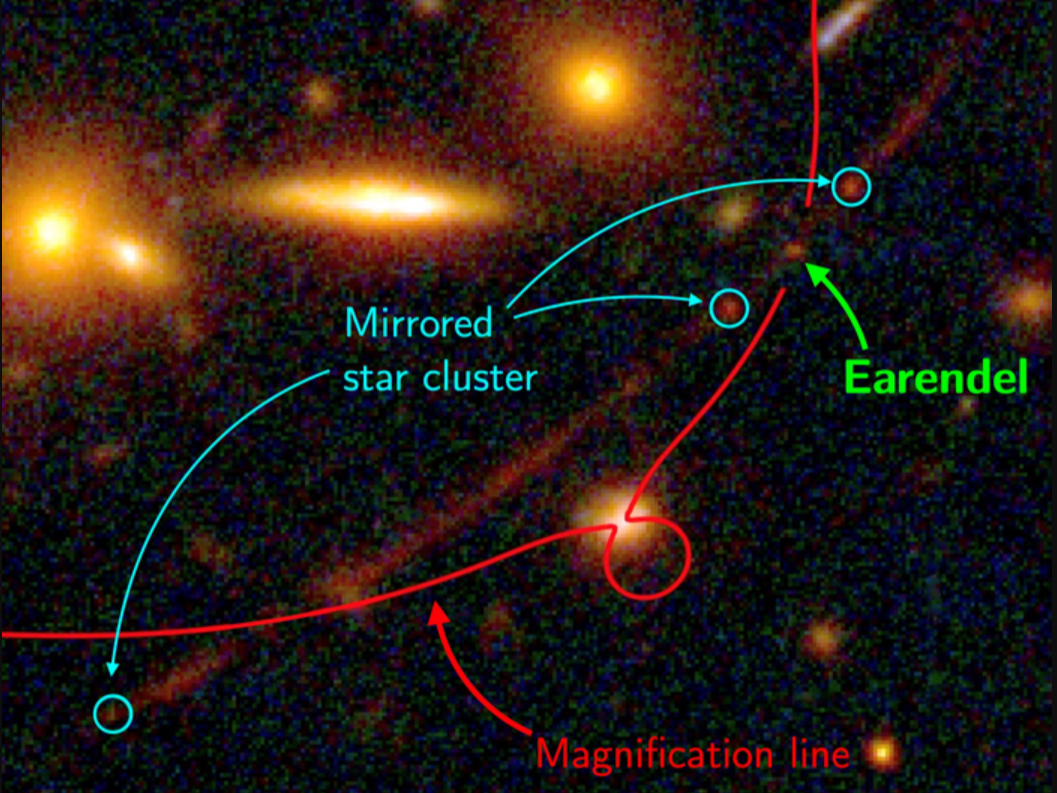 Hubble spots the most distant star ever detected!

When the light we see from the star Earendel was emitted, the universe was less than a billion years old. 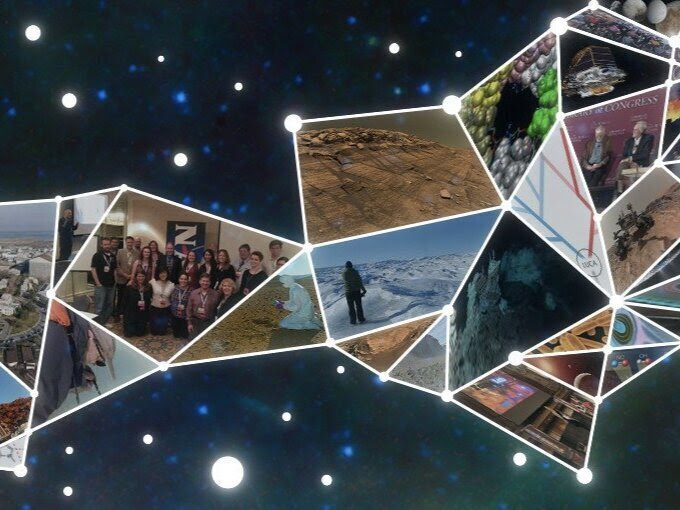 From NASA’s successful missions on the Red Planet, to more distant potentially habitable worlds like to Jupiter’s moon Europa and 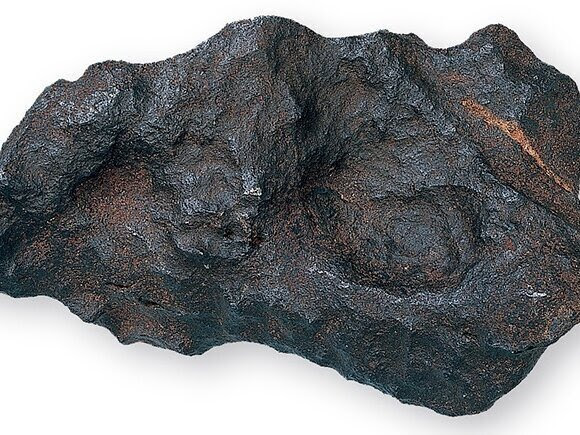 On this day in space… the Alais Meteorite

On the 15th of March,1806, a meteorite fell near Alais, France and was the first object from space in which 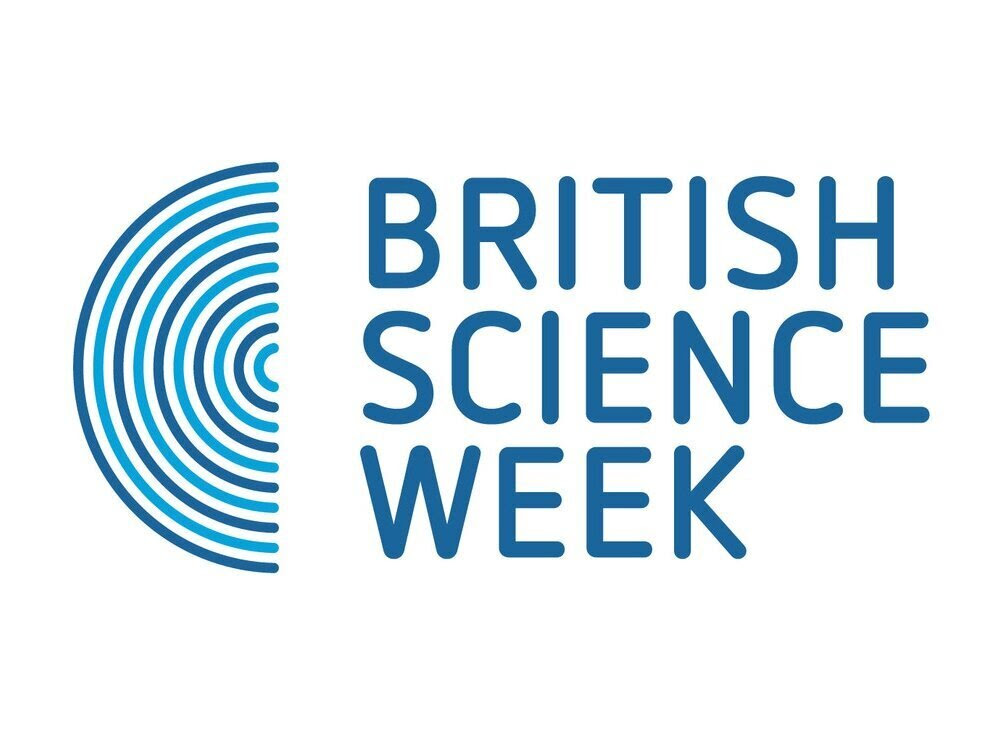 Getting involved in British Science Week is really easy, and you can take part in lots of different ways. Check

María José Villarreal Gómez March 11, 2022
Load More
No more posts to show - why not creating yours?

If you have ever wondered why life is the way it is, where do we come from, or what the future holds for us and our planet, then our blog is the ideal space for you.

Here you can either read news, stories, creative content and stay up to date with the latest discoveries, or take a step forward and write and submit your own pieces of writing. More information below!

‘Perspectives’ is divided into two main categories: Astrobiology and AstroSustainability. Click in either of the two to explore the different subtopics by either reading or writing. Enjoy!

We are always lookng for enthusiastic science writers eager to contribute by submitting pieces of work. If you wish to do so, click on the button to go to the submission form. If you need further information, please do not hesitate in getting in touch: blog@astrobiologysociety.com

Stay in the loop

This work is licensed under a Creative Commons Attribution-NonCommercial-NoDerivatives 4.0 International License.

We have made things easy for you

Register with us forever, for free, by simply filling your details below 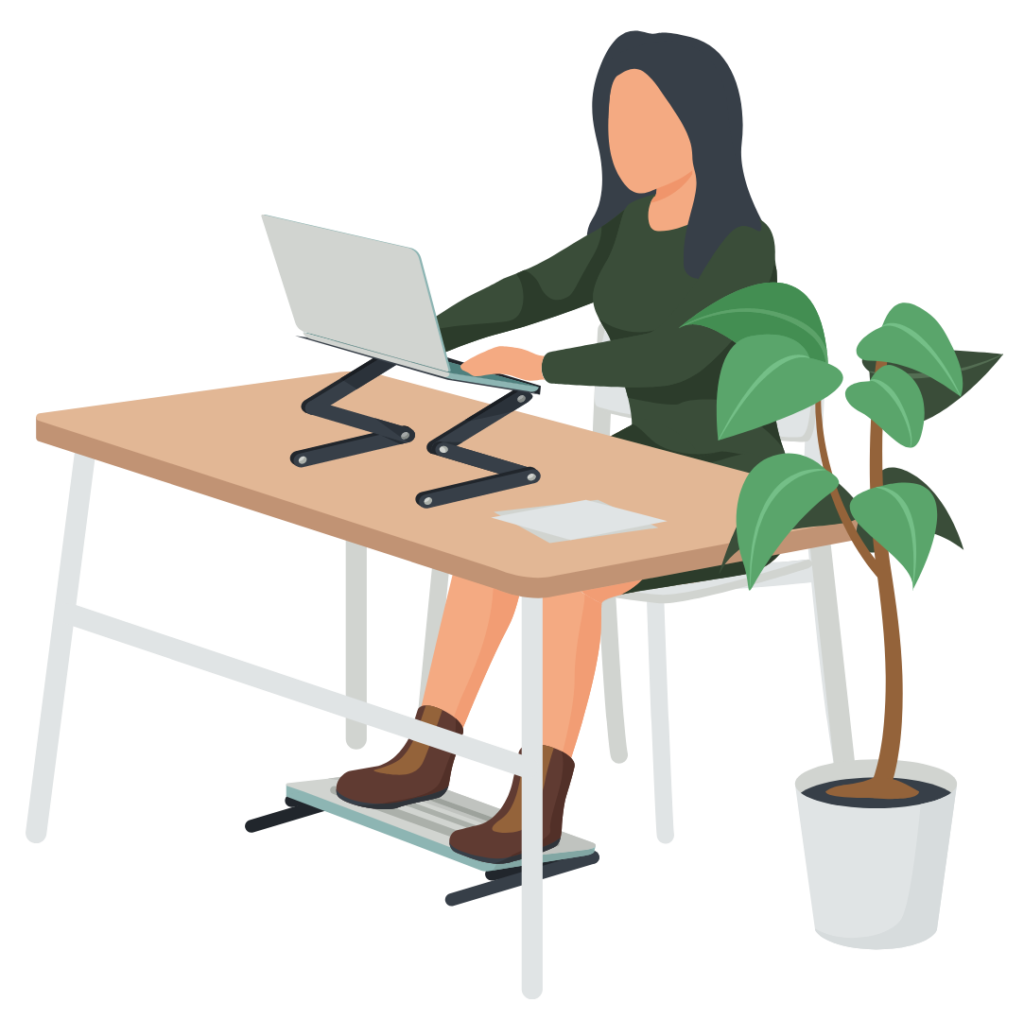